Kenya hosted 243 global and continental meetings in 2016 that attracted multi-billionaires and many heads of State and government. 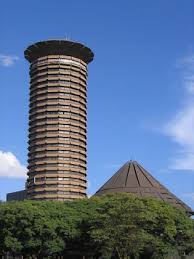 According to a just-released report by conference marketing and consultancy firm, Mkutano Business Travel, the mainly State-led foreign visits helped the country market itself as a tourism and business destination.

Ms Mumbi said Kenya’s active promotion of an expanded East African Community that enjoys free movement of goods, people and services, as well as capital made it a popular hub for foreign companies seeking a free trade area status for their regional operations targeting 150 million people.

The report, which looks at Kenya as a global conference brand, identified Nairobi as a leading destination followed by Mombasa and Kisumu.

Kenyatta International Convention Centre (KICC), Safari Park and Radisson Blu were the most popular destinations in Nairobi, while in Mombasa, Sarova White Sands and Paradise Hotel emerged top, with Enashipai (Naivasha) and Kisumu’s Acacia Premier identified as the upcountry favourites.

The world is your stage, and you can move about it as you wish